All the writers discussed on the previous pages helped tell the story of Federico García Lorca’s time in Vermont and his relationship with Philip Cummings, but their descriptions of the Lake Eden episode shared one common weakness—they relied almost exclusively on Cummings himself as a primary source.

Fortunately, new sources of information began to surface in the late 1980s, thanks in large part to Lorca scholar Christopher Maurer, editor of a definitive new edition of Poet in New York published in 1988.1 This edition of the work offered the first new English translations of the collected poems in thirty-three years, along with numerous supporting materials. It quickly supplanted previous editions and introduced a whole new generation of readers to Lorca’s poetry.

Among its other contributions, the book also included the first English translations of fourteen letters Lorca wrote to his family between June 1929 and April 1930.2 The letters were both informative and entertaining, and provided a fascinating new window on the poet’s experiences, impressions, and state of mind during this critical period in his life.

The set included only one communication from Vermont—a short letter written on birch bark that Lorca sent to his younger sisters in late August 1929. However, some of the poet’s earlier letters from New York corroborated other parts of Cummings’s story. For example, in a letter written a few days after he arrived in the city, Lorca told his parents about his plans to visit Vermont (which he initially confused with Canada) and the young man who had invited him there:

Do you remember my telling you about a young American poet who wrote a poem to me in the Residencia after hearing me play the piano? I met him again on the train from Madrid to Paris, and he invited me to spend the month of August (the hottest month here) in his house in Canada…I’ve accepted and, God willing, if all goes as planned, I’ll spend the month of August in Canada.3

Lorca may have misunderstood exactly where Cummings lived, but his description of their initial meeting in Madrid matched Cummings’s own.

There was more to come. In late 1989, an additional 83 pieces of correspondence from Lorca to his friends and family were discovered at a relative’s home in Granada, Spain. To the delight of scholars interested in the poet’s 1929-30 travels, the collection contained eleven items sent from the United States and Cuba during that time, including a letter and postcard from Vermont.

To celebrate the discovery, ten representative letters from the collection were published in a literary supplement to the Spanish newspaper ABC in February 1990. Among those chosen for publication was a letter from Vermont dated 22 August 1929—the day after Lorca arrived at Lake Eden.4 In it, the poet described his long train ride to Vermont and the people and places he encountered there, confirming many additional details in Cummings’s August 1929 diary and his later recollections.5 Sadly, Cummings died from complications of Alzheimer’s disease and pneumonia in June 1991, at the age of 84, unaware that additional documentation of his halcyon days with Lorca had come to light.

Today, Lorca’s letters and postcard to his family stand with Cummings’s diary as the only contemporary prose accounts of the Lake Eden episode. Together with the few surviving photographs from the period, they provided the starting point for my research.6 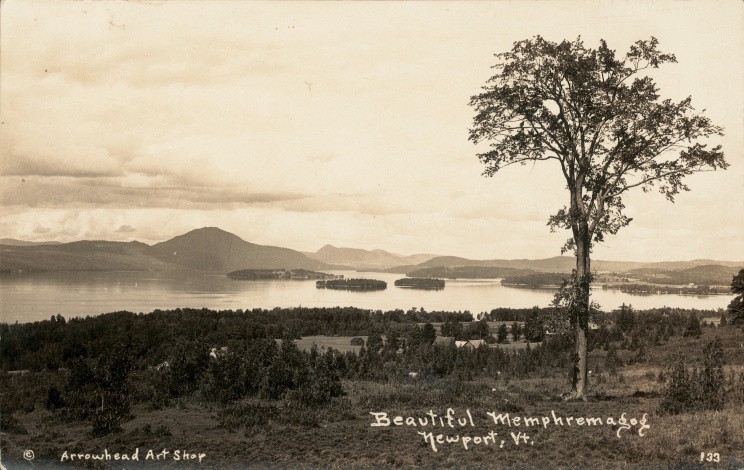 Lake Memphremagog from Newport, Vermont, circa 1929

6 Maurer’s translations of the newly-discovered correspondence were included in the second and third Farrar, Straus and Giroux editions of Poet in New York, published in 1998 and 2013, respectively.